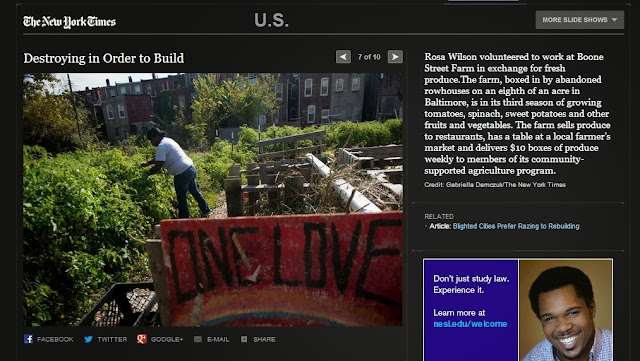 Boone Street Farm is very excited to be a part of the recent New York Times article, "Blighted Cities Prefer Razing to Rebuilding."

Be sure to check out the slideshow which includes photos of Rosa, Mr. Jonathan's flowers growing in some repurposed porcelain, and our friends Whitelock Farm.

A few quotes from the article:

The continuing struggles of former manufacturing centers have fundamentally altered urban planning, traditionally a discipline based on growth and expansion.
Today, it is also about disinvestment patterns to help determine which depopulated neighborhoods are worth saving; what blocks should be torn down and rebuilt; and based on economic activity, transportation options, infrastructure and population density, where people might best be relocated. Some even focus on returning abandoned urban areas into forests and meadows.
...
Baltimore has begun to turn over vacant lots to groups of amateur farmers. Boone Street Farm, boxed in by abandoned rowhouses on an eighth of an acre, is completing its third season of growing tomatoes, spinach, sweet potatoes and other fruits and vegetables in the city’s Midway neighborhood. It sells produce to restaurants, has a table at a local farmers market and delivers $10 boxes of produce weekly to members of its community-supported agriculture program.

Here are a few images of several blocks just across Greenmount Ave. near the farm. Several blocks were torn down about one year ago. 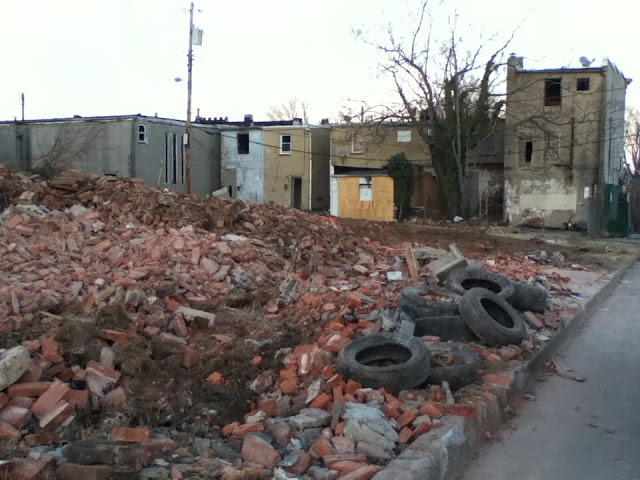 New housing and vacant lots replaced the vacant buildings. What did we do with some of that brick?

After many volunteer hours and a few truckloads later, we built these lovely walkways using mulch from a local tree removal company. 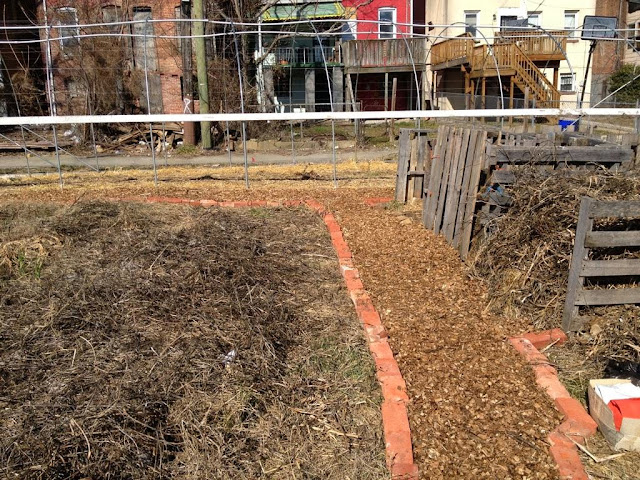 Boone Street Farm is proud to be a unique use for vacant land in East Baltimore - Midway.

It has been so exciting to see a vacant lot bloom into a place where a community of people can gather, flowers and produce are harvested, ecosystems evolve (giant spiders and praying mantis!), and a mini economy is created.


Thanks to everyone for your support.

Posted by Boone Street Farm at 9:57 AM No comments: